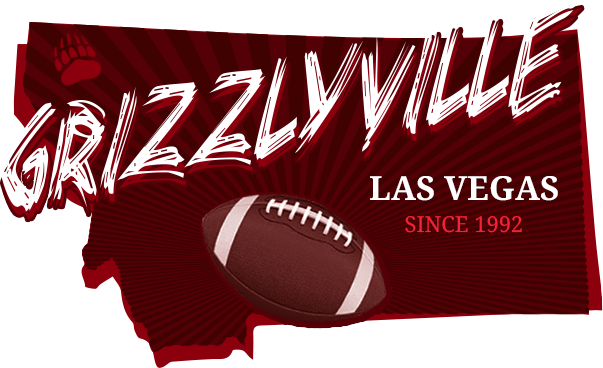 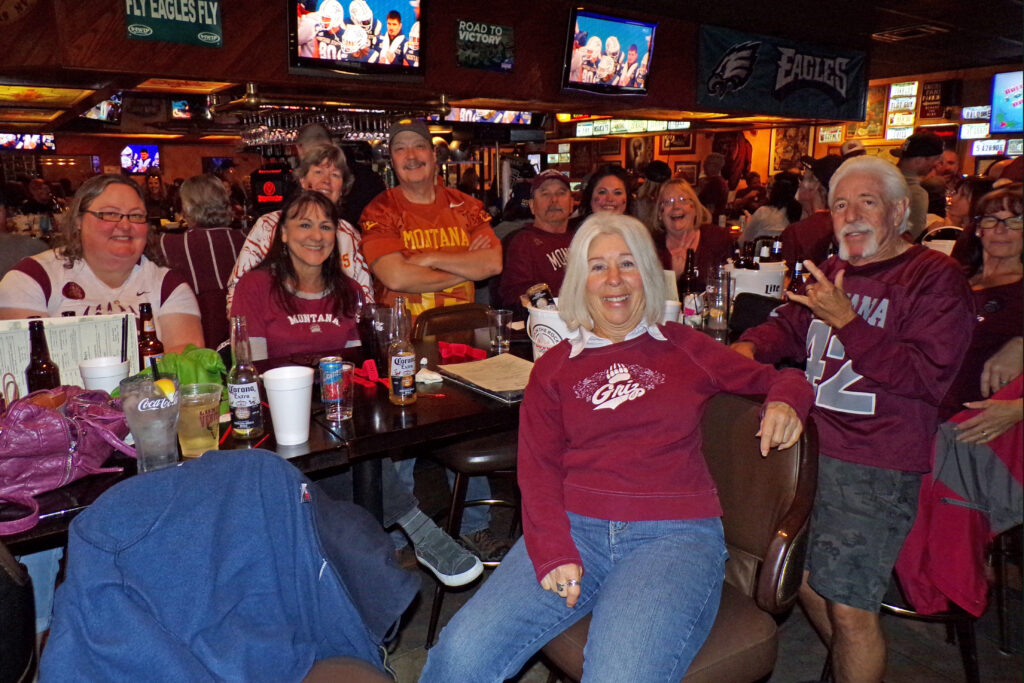 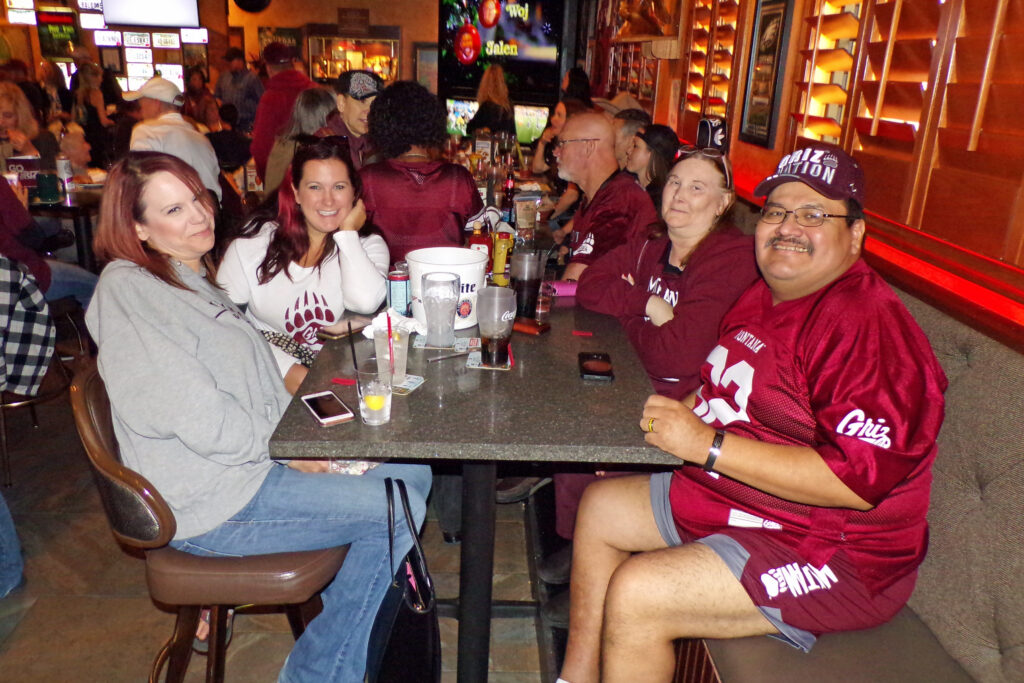 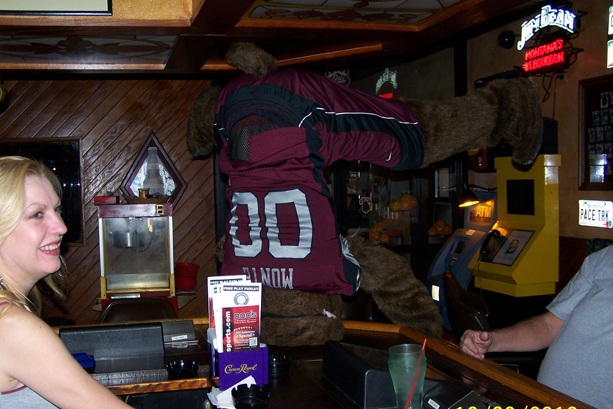 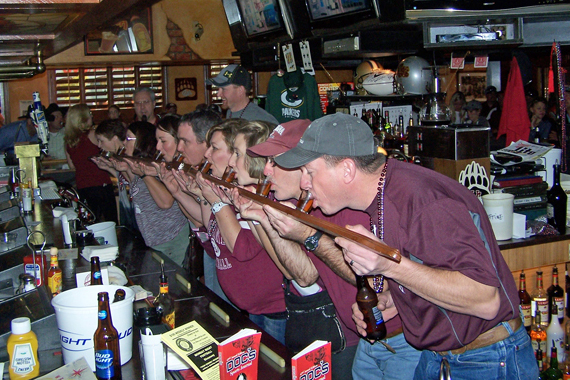 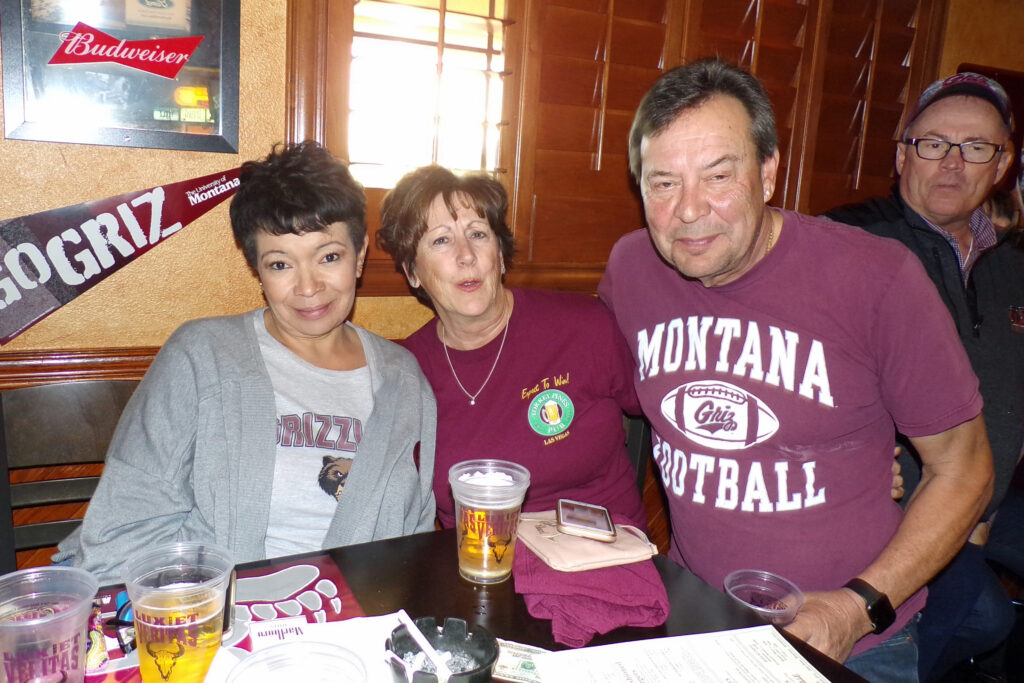 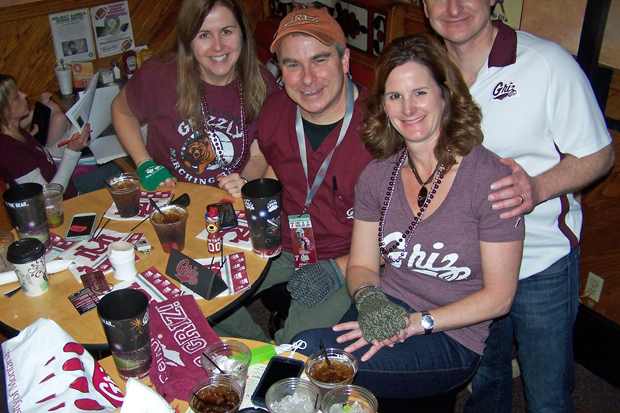 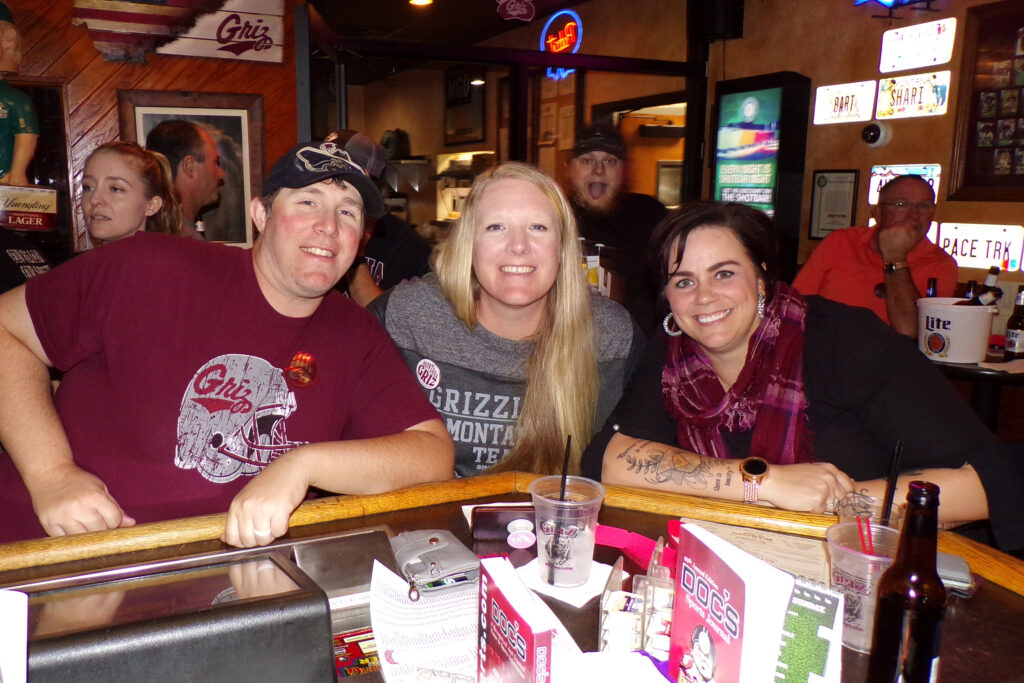 Back in 1992, while trying to please a couple of customers, Torrey Pines Pub was asked to show a Montana Grizzly football game. No one knew what had just begun. That simple request occurred just as the Grizzlies were beginning a decade of dominance in Div. IAA, which included two national championship victories. A couple of customers grew to a dozen, then two dozen. Before long we hit and past the century mark at a Griz-Cat game.

Then the Cat team improved bringing more Cat fans at the next Griz-Cat game, bringing the crowd to an SRO level! Torrey Pines Pub then started emulating the excitement at Washington Grizzly Stadium by playing music heard at the stadium. Favorites such as The Cotton Eyed Joe, Ironman, and of course the Griz Fight Song helped the atmosphere.

The fun was only just beginning. During the off season, ex-coach Joe Glen and his wife visited Torrey Pines Pub to the thrill of almost 20 Griz fans. Then a visit by columnist Jon Kasper let to an article titled “Grizzlyville Meets Sin City” and the nickname stuck.

Grizzlyville is what Torrey Pines Pub becomes every Saturday during the football season. However not a week goes by throughout the year when Montanan’s don’t stop by and say hi! 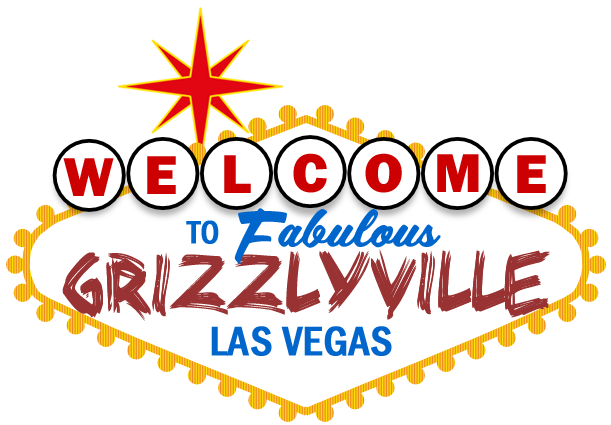 Come Meet and Take Your Picture With
Our Resident Celebrity

Come meet
and take your
picture with
our resident
celebrity