When we picked up Buzztime trivia we were looking for a little extra entertainment to add to the Pub and we weren’t disappointed. We didn’t expect that soon we’d have visitors from Pubs all across the nation; All hoping to see the place that kept popping up on the leaderboards and visit with other trivia “gurus.” Combined with our Ice Cold Beer, Award Winning Menu and Great Service, Buzztime Trivia had found a perfect match.

Never played before? No worries… ask your Bartender for a blue box today (or try out the app).

Play on any TV, no account needed. Trivia is always better with friends so grab a “smart” friend, join us and Expect to Win!

What is Buzztime Trivia? 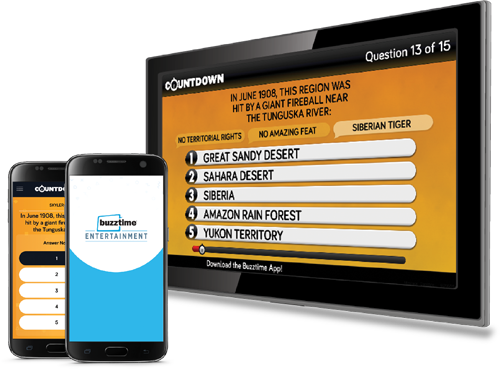 nTn Buzztime Trivia is a trivia service that broadcasts trivia over a national network allowing bars and restaurants and trivia fans across the USA to compete with each other. Trivia locations not only carry the trivia on their TVs, but most also have blue “Playmaker” boxes or tablets to answer the questions on. Games can also be played on mobile devices. Most games are multiple choice answers and whoever answers the fastest, gets the most points.

No account is needed, but many players create a Buzztime “Player Plus” account to track scores, locations and create an avatar that shows on screen! Buzztime has also added Badges which can be collected to further brag about your trivia prowess.

After each games, the top 20 individual winners and top 20 establishments on the network are displayed in a “Network Rankings” summary. Players will often “team” together to challenge other bars or the occasional “strong” player. 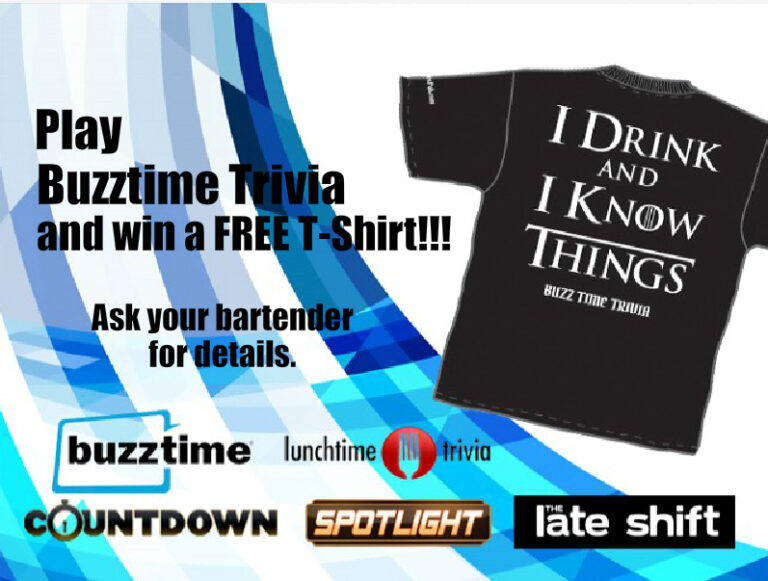 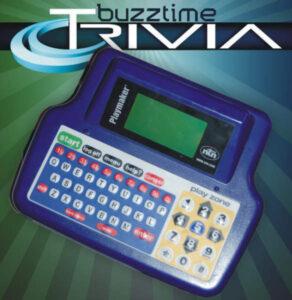